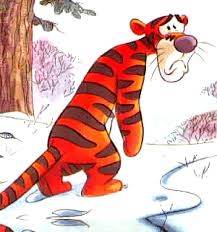 After my previous post about Chad Niell, Tiger Commissary President and current Republican primary candidate for Senate District 21, Niell’s campaign manager, Keith Emis, claimed on Twitter that the post contained errors.  [foot]He even used ironic quotes around “report,” to make it sound like (a) he was smart enough to understand irony and (b) that the errors were so glaring that I shouldn’t have even bothered with posting it.  Neither (a) nor (b) is correct.[/foot]  When challenged on his statement, Emis reiterated that the post contained “several errors,” which Niell addressed in a statement to the Jonesboro Sun.

I requested a copy of the statement, and I offered to correct my post if there were errors, but Emis never responded.  Having now seen the statement, I know why: the statement is terrible, both in grammar and punctuation, and it doesn’t actually show any errors in my post.

Their entire statement is at the bottom, in all its unedited glory, but let’s dive right into what little substance the statement contains.

We started providing a kiosk to accept credit cards to fund inmate’s [sic] accounts in 2010.

I suppose this is the main “error” that Emis was referring to. After all, I said that Tiger was required to apply for a license beginning in 2008, but failed to do so until June 2013. Ignoring the absurdity behind that excuse — essentially, “we didn’t follow the law for THREE years, not FIVE!” — there’s still a problem with Niell’s argument. Namely, that his business required a license prior to when it began using kiosks.

You see, Tiger Commissary, prior to the kiosks they introduced in 2010, provided (and continues to provide) customers with web-based software to facilitate transfer of money to inmate accounts and management of those accounts. The law, which the Securities Department can and will confirm, requires a license regardless of how the money is transmitted.

So, no, it was not erroneous for me to say that Niell was required to apply for a license in 2008. In fact, Niell’s kiosk-related argument on this point is interesting, because it means one of two things. Either he still has no idea what is actually required in terms of licensing money transmitters in Arkansas, despite someone like me being able to figure it out online in short order and despite having more than enough money to hire someone who could answer any compliance question, or he thinks the voters of Senate District 21 are too dumb to see through a completely meritless argument. Neither answer smells all that great.

As always[,] before starting any new differentiation of our business[,] we contacted the state for clarification of what we would be doing and if [sic] any new license were [sic] required. We were assured there were [sic] not.

Interestingly, he does not specific who at “the state” he actually contacted, which is kind of important.  You know who they did not contact? The Arkansas Securities Department. How do I know? I asked, and Securities replied:

[T]here is no record of a conversation with Mr. Niell, and the policy of the Department is not to give informal advice over the phone. I’ve talked with the attorney and the examiner handling this matter, and no mention of a prior communication with the Department was brought up during the application process.

This is all to say that someone could have fielded a very generic question and given information to Mr. Niell in 2010, but since the business model of Tiger Commissary is a clear cut example of money transmission, I do not believe that would be the case.

Claiming you contacted “the state” and were told you didn’t need a license, when you didn’t actually contact the one agency responsible for licensing your business, is a lot like failing to register your car on time and then claiming ignorance because you called someone at the Department of Health to ask what the deadline was. Sure, you technically called “the state” in that situation, but not in a meaningful way.[foot]The Securities Department also noted that Niell’s June 2013 application made no mention of contact with the state as a reason for failing to properly license the business. Maybe it slipped Niell’s mind, right up until he needed to publicly explain his failure to license.[/foot]

The kicker here is, had Niell actually contacted the Securities Department in 2010, they certainly would have told him that a license was needed. In fact, an out-of-state competitor of Tiger Commissary, who provide substantially similar services (including kiosks), contacted the Securities Department in 2010 and were told unequivocally that they needed a license to conduct that business in Arkansas.

Over 7 months ago[,] we read an article where one of our large competitors was fined in Pennsylvania for not having the proper license for their kiosk. We immediately contacted the state to make sure we were in compliance. Still they could not tell us.

The competitor who got fined? Keefe Commissary, aka “The Company I Just Mentioned Above Who Knew To Call The Arkansas Securities Department In 2010 To Ask About Licensing.”

Also worth noting about that Keefe case, Keefe began operating in Pennsylvania in 2008, believing they were exempt from licensing, but continued contacting the appropriate state agencies to determine if they were actually exempt. In 2009, they applied for a license, but, despite trying to be diligent about the license, they were nonetheless fined for the 2008-to-2009 unlicensed business transactions.

Eventually[,] we found a regulation that applies to the banking industry.

Actually, no.  Ark. Code Ann. § 23-55-103(4) specifically excludes banks from the Money Services Act.  Literally, it spells out that the licensure requirement that applies to Niell does not apply to the banking industry.

The state allowed us to continue using the kiosk business because we made them aware of the problem[,] and the agency realized that disrupting this element of our business would impact lives of inmates, [and] their families, and [would] place a greater burden and liability on the county sheriffs that [sic] we do business with.

Again, no.  “The state allowed” Tiger to continue doing business because he filed a money-services application with the proper documentation.  I think that’s pretty obvious.  Ask yourself whether, as an agency tasked with ensuring that licensing procedures are followed, the Securities Department could have said, “you know what–don’t even worry about the application; we see how much of a burden it would be on your customers to make you comply with the law.”  Of course not.

Besides which, it’s not as if the Securities Department could have directly prevented Tiger from doing business.  The Money Services Act provides a very narrow situation in which the Commissioner may send a cease-and-desist order to someone who is in violation of the Act; otherwise, it only allows for a civil fine (up to $1,000 per day!) for failure to comply.  That’s pretty much it . . . at least on the civil side of things.

Where it gets more interesting is on the criminal side.  Under Ark. Code Ann. § 23-55-806(b), “A person that knowingly engages in an activity for which a license is required under this chapter without being licensed under this chapter and who receives more than $500 in compensation within a 30-day period from this activity is guilty of a Class B felony.” If Niell is talking about learning of a license requirement “over 7 months ago,” that could be problematic, at least in theory.

Niell’s statement ends with a claim that Tiger has conducted many transactions for lots of cash without any complaints from customers. While that is all well and good, I never suggested that he didn’t, so we can’t count that as an error in the original post.

Which means, in the end, Chad Neill’s statement to the Jonesboro Sun failed to identify a single error in my original report. What it did manage to do was make him look like someone who lacks even the most basic understanding of a law that governs the very way in which he’s made his money.

Yet SD-21 voters are apparently supposed to trust him to understand the laws that govern the rest of us?

Statement from Chad Niell to the Jonesboro Sun

We have been in business for 14 years. We started providing a kiosk to accept credit cards to fund inmate’s accounts in 2010.

We have a very unique business, the only one like it in the state. As always before starting any new differentiation of our business we contacted the state for clarification of what we would be doing and if any new license were required. We were assured there were not.

Over 7 months ago we read an article where one of our large competitors was fined in Pennsylvania for not having the proper license for their kiosk. We immediately contacted the state to make sure we were in compliance. Still they could not tell us. Eventually we found a regulation that applies to the banking industry. The state allowed us to continue using the kiosk business because we made them aware of the problem and the agency realized that disrupting this element of our business would impact lives of inmates, their families, and place a greater burden and liability on the county sheriffs that we do business with.

Additionally we have processed over 2.4 million dollars through 72,000 transactions without a single customer complaint. We operate our business with the highest of ethical standards and we have track record to prove it.