Transparency through the 2% Rule: Arkansas Health Care Association as a Ballot-Question Committee

If you paid attention to the Democrat-Gazette over this past weekend, you might have noticed a story entitled “Morton’s nursing homes ante up,” in which Debra Hale-Shelton noted the spending by Michael Morton in support of the misleadingly named “Health Care Access for Arkansans” ballot question.

A couple things jumped out from that story, however. First, the reporting unintentionally made it sound as if there were a wide variety of donors (though none as big as Morton or the Arkansas Health Care Association), implying that there was some amount of broad support for this poorly disguised tort-reform amendment. In reality, once you account for all of the connections between entities and people, you quickly realize that roughly $275,000 of the $606,610 raised by the ballot-question committee comes from Michael Morton, John Ponthie (Southern Administrative Services), Brandon and Bryan Adams (Reliance Health Care), and Crestpark-owned nursing homes. Throw in the $330,000 from Arkansas Health Care Association and that’s $605,000 out of a possible $606,610. The only way this could be seen as broad support for the initiative would be if Arkansas Health Care Association represented the interests of something other than nursing homes.

But that leads to the second thing that might have jumped out at you from the Dem-Gaz story. Even if Arkansas Health Care Association is, as the story notes, an organization that has roughly 93% of the state’s nursing homes as members, are they really allowed to give $330,000 to a single ballot-question committee? Doesn’t that defeat the transparency that one normally expects from ballot-question committees in terms of where money is coming from?

Yes, it absolutely impedes transparency…which is why Arkansas law has an interesting little quirk when it comes to such thing. In addition to the standard definition, Arkansas Code Annotated 7-9-402(2)(B) also defines “ballot question committee” as:

Let’s do some math.

AHCA has not filed any monthly financial disclosures, despite being obligated to do so. But why should you care?

Point being, the ties between AHCA and the people who are already giving most of the rest of the money to fund this ballot-question committee are exceedingly tight. Given the outright misleading way that many canvassers have presented the ballot question to potential voters, the public might have an interest in seeing just where that $330,000 came from.

After all, if it turns out that Michael Morton also funded that chunk of money–and his spokesman, Matt DeCample specifically said that Morton would contribute whatever additional funds are needed to help win the effort’s approval–that would mean that Morton spent over $460,000 in an effort to prevent anyone from suing him for more than $250,000. That seems interesting, given the ongoing drama surrounding Morton, Michael Maggio, and Gilbert Baker, don’t you think? Even if Morton did not account for the extra $330,000 from AHCA, someone did, and, under Arkansas law, those donors must be disclosed so that the public can be fully informed about the initiative before voting for or against it.

Thankfully, Arkansas law also gives the Arkansas Ethics Commission jurisdiction to investigate and enforce the reporting provisions related to ballot-question committees, including those that are created under the 2% rule. For that reason, I filed a complaint against AHCA earlier today. I also asked in the complaint that, given the time crunch between now and election day, the Ethics Commission find good cause to expedite the proceedings and not allow anyone to benefit from simply running out the clock before transparency can be obtained.

We’ll see how this ultimately plays out, of course, but ask yourself this: would nursing home owners and nursing-home-related nonprofits2 be putting this much money into supporting this initiative if passage was good for the people of Arkansas, or is it more likely that passage helps the nursing homes avoid responsibility for deaths and injuries that occur under their watch? 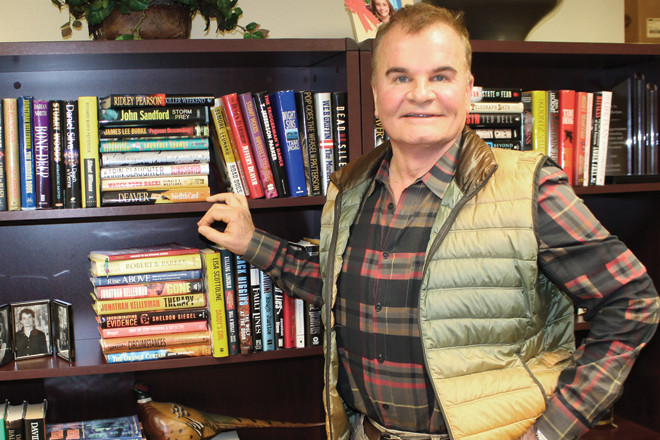 Before you answer, I suggest you speak to the family of Martha Bull.