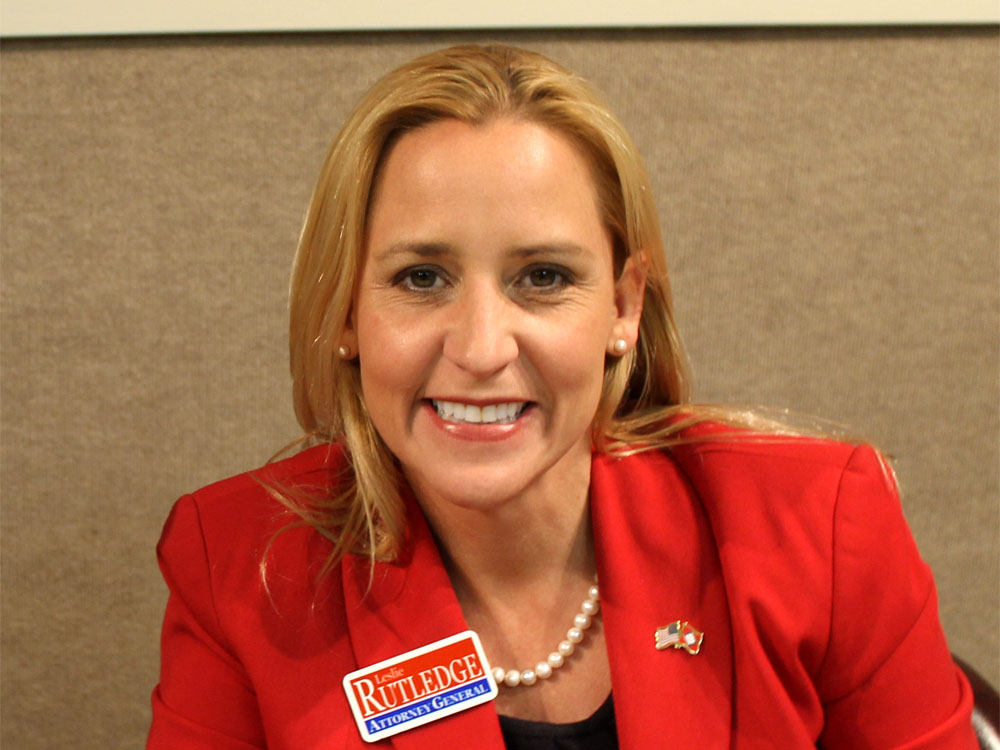 Earlier today, I filed a complaint with the Arkansas Ethics Commission regarding Leslie Rutledge’s coordination with the Republican Attorneys General Association on her salt-shaker ad. My curiosity was piqued, and my research stemmed from, Talk Business’ reporting on the story, which featured this nugget:

When asked if she views the ad as coordination between her campaign and RAGA, she added, “Yes, legally.”

Rutledge — who, it should be mentioned, seems unfamiliar with the legalities of something as basic as registering to vote and voting where one is registered — appeared to base her assertion on a 2006 Ethics Commission opinion, which drew a distinction between ads that expressly say “vote for (or against)” a specific candidate and those that only discuss issues (i.e. “issue advocacy”). At first blush, that argument might appear to hold water. It falls apart, however, once someone considers the actual ad, the law, and the groups involved.

First of all, the hypothetical ads in the 2006 Ethics opinion were voiceovers that spoke about candidates in the third person and featured no direct input from the candidate that the ads tacitly supported. Here, we have an ad that Rutledge clearly participated in the creation of, since it would be literally impossible to have a recording of her reading the script for that ad unless someone gave her that script and set up cameras to record the thing.

Secondly, the ads in the 2006 Ethics opinion were specific to “Arkansas values,” and one of the things that the Ethics Commission looked at was that these ads were specifically issue-focused speech. RAGA, however, bought advertising time not to discuss a particular issue, but, by their own admission, to run an ad related to the “Arkansas Attorney General Election”:

Of course, this distinction between pro-life/values issues and the election of an AG makes total sense when you consider the groups themselves: ARTL is a 501(c)(4) social-welfare organization, and the IRS describes the activities of such an organization thusly:

The promotion of social welfare does not include direct or indirect participation or intervention in political campaigns on behalf of or in opposition to any candidate for public office. However, a section 501(c)(4) social welfare organization may engage in some political activities, so long as that is not its primary activity.

RAGA, however, is not a 501(c)(4); it is a 527 organization. A 527 is created primarily to influence the selection, nomination, election, appointment or defeat of candidates to federal, state or local public office. Importantly, a 527 is never allowed to coordinate specifically with a candidate or campaign. Meaning, of course, that there is no “yes, legally” answer that can ever be given to the question of “did you coordinate with this 527?”

But let’s take it a step further.  Assume for the sake of argument that Rutledge’s campaign could coordinate with a 527.  (They can’t, at all, but we’re doing this just for hypothetical grins.)  A 527, by its very nature, is advocating for the election of a candidate to office.  By appearing in an ad about herself, and based on how RAGA described their ad to KATV, it’s no logical leap to suggest that the 527 was expressly advocating specifically for the election of Leslie Rutledge.

In that scenario, the law gets really touchy about some things.  For instance, even in the 2006 Ethics opinion on which she relies, it is clear that candidate coordination where there is express advocacy for the candidate’s election triggers certain contribution limits and reporting requirements.  Specifically, in that scenario, the independent expenditures are limited to $2,000 per election.  RAGA has spent roughly $300,000 on this ad buy:

Additionally, RAGA — as an independent expenditure committee in our hypothetical — is required under Arkansas Code Annotated 7-6-227 to register prior to making any independent expenditures.  They have not.  They are required under Arkansas Code Annotated 7-6-220 to file financial disclosures at certain points once they accepted $500 in contributions in a given cycle.  They have not.

Point being, even under a best-case scenario in which her coordination with RAGA was not improper on its face due to RAGA being a 527, Rutledge’s coordination with them for these ads is still in violation of campaign finance laws. Under a more realistic scenario, not only is her coordination with RAGA improper, but her reliance on the 2006 Ethics opinion shows that she does not understand the very basic difference between a 501(c)(4) and a 527 or the even-more-basic difference between the hypothetical ads in that opinion and an ad that required her to sit down and be filmed for the ad’s actual footage.

Now, given how Rutledge and her fans reacted on Twitter after the last round of stories, I assume that a reaction to this story would again focus on how Rutledge is being targeted and mistreated because she is a woman.  Rather than laugh off that suggestion as absurd, I figured I would contact Amanda Crumley, Executive Director of Southern Progress Fund — who, by her own admission, is a woman — and see if she thought this story was driven by a sexist agenda.  Her response:

This unethical and possibly illegal coordination with the Republican Attorneys General Association is yet another example of Rutledge’s lack of judgement, character and ethics. Rutledge claims she is “being attacked” by political opponents because she is a woman. That is offensive and not true. Leslie Rutledge is unfit to serve as Attorney General of Arkansas, and she is not a victim of anything except her own ineptitude. She is her own worst enemy, and her record, her missteps, and her mistakes and gross misconduct are fair game in the political arena.

Yup. That pretty much nails it.

Note:Southern Progress contributed significant research and materials to this post.