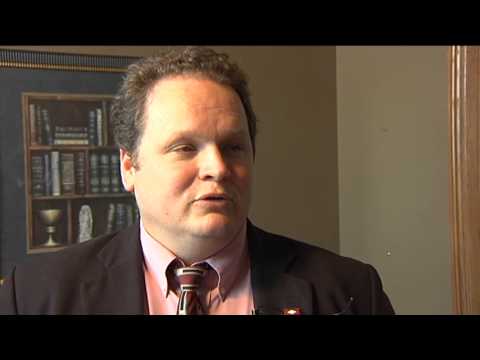 On its face, Bell’s amendment prevents advertising about the Private Option by mandating that, with a few exceptions, DHS “shall not allocate, budget, expend, or utilize any appropriation authorized by the General Assembly for the purpose of advertisement, promotion, or other activities designed to promote or encourage enrollment in the Arkansas Health Insurance Marketplace or the Health Care Independence Program.”

But here’s the deal: to get their waiver to create the Private Option, rather than standard Medicaid expansion under the Affordable Care Act[foot]OBAMACARE! DUHN DUHN DUUUHHHHNNNNNNN![/foot], Arkansas had to submit a detailed proposal, in which they laid out why they wanted to use the Private Option, what the proposed system would look like, etc.  The description of the Private Option in the waiver included nuggets like:

The waiver also included certain rules and requirements, such as:

14. Adequacy of Infrastructure. The State must ensure the availability of adequate resources for implementation and monitoring of the demonstration, including education, outreach, and enrollment; maintaining eligibility systems; compliance with cost sharing requirements; and reporting on financial and other demonstration components.

Overall, it’s pretty clear from reading the waiver that Arkansas sold the Private Option to the feds by saying, in essence, “this plan will enroll more Arkansans than Medicaid expansion will.”  In response, the feds said, “ok, you can run with this idea, but we’re not just going to rely on your word — you have to actually engage in things like education, outreach, and actively growing enrollment as part of this plan.”

With that in mind, when Bell is explaining his gem of an amendment in committee by saying that “we’ve done everything we can possibly do” to keep the Executive Branch from growing the enrollment, and he’s justifying his desire to limit enrollment with, “I certainly don’t see the downside in not providing people with the opportunity to engage in something that I believe is bad for them,” the purpose of this amendment would certainly be contrary to some of the express terms of the waiver, would it not?  Hell, Bell even admitted as much, noting in that same committee meeting that the amendment would require the state to request another waiver from the federal government.

Given that he is aware of the need for a new waiver, one assumes that Bell is also aware of the rest of the terms of the current waiver that created the Private Option.  This would include awareness that, under the existing waiver, all amendments have to be cleared with the federal government at least 120 days before they take effect, and the proposed amendments have to explain what the purpose and impact of the change will be.

Even if you ignore that the 120-day deadline, in order for Bell’s amendment to be in place on July 1, would require approval by the feds by March 3 (which is an impossible deadline to meet at this point), what are the chances that the federal government is going to grant an application for amendment to the Private Option that has the specific, stated purpose of limiting enrollment in the Private Option?  It has to be somewhere between zero and “ha ha ha — wait, you were serious?!”

So what is Bell’s real end-game here?  I see three possible answers.

First, maybe Arkansas’ Commander Strax doppelganger really is ignorant of the procedural stuff here and is just throwing out amendments that, in his mind, don’t “provid[e] people with the opportunity to engage in something that [he] believe[s] is bad for them.”  On some level, the pure-ignorance explanation makes sense.  After all, he also said in the same committee meeting that not spending the federal money on advertising would somehow reduce federal debt.

Second, maybe he knows that the amendment actually won’t do anything, since it won’t get federal approval both because of what it does and because of the time-frame involved in approval.  That way, he can claim that he took steps to “limit Obamacare”[foot]DUHN DUHN DUHNNNNNNNNN!!![/foot] in Arkansas, but was thwarted by the Big Nasty Federal Bureaucrats In D.C.  Despite his claims that this vote might cost him a primary election, this explanation would make sense in a “have my chicken and eat it, too” sense of things.

I don’t think either of these are the real explanation, however.  I think Bell is familiar with the language of the Private Option waiver, and he knows that it includes this:

13. Withdrawal of Waiver Authority. [Centers for Medicare & Medicaid Services] reserves the right to amend and withdraw waivers or expenditure authorities at any time it determines that continuing the waivers or expenditure authorities would no longer be in the public interest or promote the objectives of Title XIX.[foot]Editor’s Note: Title XIX is Medicaid. http://www.ssa.gov/OP_Home/ssact/title19/1900.htm[/foot]

That’s right — under the terms of the waiver that created the Private Option, the federal government can yank that waiver any time they determine that continuing the waiver wouldn’t be in the public interest or wouldn’t promote the objectives of expanded Medicaid.  Assuming Bell knows this, his amendment to stop advertising (and his amendment to require co-pays from people making as little as $6000) make perfect sense: they are designed to get the federal government to kill the Private Option and keep Arkansas Republicans — especially Bell — from having to do it themselves.

Assume for a minute you are someone of importance in the Centers for Medicare & Medicaid Services (“CMS”), and you get a late application for an amendment to Arkansas’ Private Option.  Looking it over, you see that all of the changes are expressly, by their terms and by Bell’s statements, designed to limit enrollment and stifle the Private Option’s success.  You know that the Private Option as it currently exists was the result of some lengthy wrangling and negotiation.  Now, less than a year later, Arkansas is trying to renege on some things like outreach and education?[foot]Bell’s lip-service explanation of what educational materials are allowed under the amendment is meaningless in this analysis[/foot]

In that situation, how long is going to take you to make some calls and say “drop these silly amendments or we’re pulling your waiver”?  And when the Arkansas General Assembly, who got the funding through by the barest of margins this year, tells you no, they aren’t/can’t/won’t be pulling the amendments and re-voting on the appropriation, you really have no choice but to pull the waiver and kill the Private Option.

While this explanation certainly gives Nate Bell a lot of credit for his ability to be nefarious on an abstract, chess-player-like level, it still fits really well with what we know about him.  After all, he crowed about helping to back-door open carry in Arkansas after a legitimate attempt to pass open-carry had failed, saying that open carry was the intent of the bill the entire time, despite the title of the bill being “An Act Making Technical Corrections Concerning The Possession Of A Handgun And Other Weapons In Certain Places.”  Is it really a stretch to think that he might have proposed his amendment for purposes beyond what the stated reasons were?

Not to mention, Bell’s amendment suddenly garnered support from Americans for Prosperity.  They claim that they aren’t endorsing the amendment, but they aren’t “scoring” the vote (effectively giving Tea Party Republicans a free pass to support the funding for the Private Option).  And they are echoing Bell’s earlier assertion that it’s impossible to kill the Private Option in 2014.

I’m not saying you can’t ever trust Bell and AFP to actually tell the truth when it comes to issues like the Private Option, but, to paraphrase H.L. Mencken, you’ll never go broke betting that what they say and what they are trying to do are not one in the same.  Besides, at best, Bell’s amendment causes some headaches and costs the state money — whether in a special session to repeal it or in a court challenge to the amendment — to ultimately accomplish nothing (unless you think the feds are going to sign off on this kind of counter-productive change).  At worst, it kills the Private Option, while letting Bell simultaneously tell constituents who lose coverage that he tried to protect their enrollment while also bragging — and, Lord, will he brag — about being the person who single-handedly killed Obamacare[foot]DUHN DUHN DUHHHHHNNNNNN![/foot] in Arkansas.

Maybe the first outcome is palatable, since it would at least result in continued coverage for the 80,000 Arkansans who have enrolled in the Private Option already, but the second one certainly is not.  And, if the bill is passed with Bell’s amendment in there, the Legislature will be (mostly) unwittingly rolling the dice on which of these results comes to pass.

Every legislator should bear the true blame or credit that his or her vote deserves, without special language rigging the system so that some of them “win” by voting for something that they vocally oppose.  So, as much as I hate to say it, for now, put me in the camp that hopes that the House holds out and fails to appropriate funding if Bell’s amendment is in there.  If the Governor has to call a special session with a narrow scope that gets a vote on a clean appropriation?  Well, that cost is more palatable in my mind than what it will cost to approve Bell’s amendments, regardless of whether the best-case or worst-case scenario results.

Ed. note: The one caveat to all of this that I can see is maybe, just maybe, the feds would call Arkansas’s bluff and approve the new waiver, under the assumption that Blue Cross and other insurers will more than pick up for the lost federally funded advertising of the Private Option.  That’s possible.  Though, even then, it’s a safe bet to assume that increased advertising costs for the insurers would be passed on to the insured.  Because, as the Republicans pointed out when we got the Private Option, this is a free-market-based system, baby.

Why Is LITfest Sponsorship Money Being Funneled Through An Unregistered “Charity”?

I Got Five On It: Asa’s Anti-Weed Tweet Brought to You by Other People’s Money