One Of These Things Is Not Like The Other 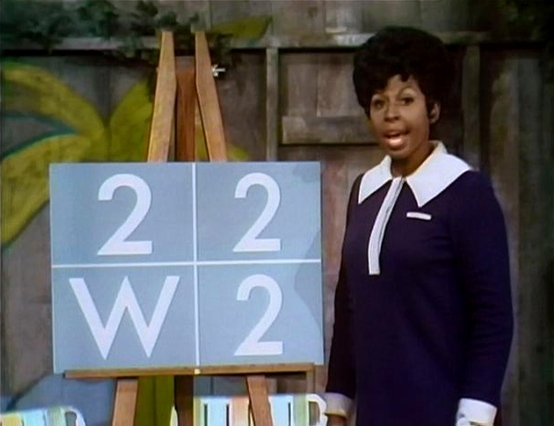 Last Tuesday, following the two Blue Hog Report posts about the questionable — if not outright fraudulent — billing of the City of Fort Smith by Daily & Woods in their capacity as city attorney, Fort Smith City Director Pam Weber, joined by Director Phillip Merry, raised the question of whether Fort Smith would be better off with in-house counsel rather than contracting with a private firm.

“The city has a lot of money in legal fees,” [Weber said]. “I would like for us to look at the possibility of hiring an in-house attorney that would work for the city and be a city employee.”

She added that, “A lot of cities do it. So I’d like us to explore that possibility and see if we could possibly save some money.”

In response, City Administrator Ray Gosack said that a similar question had been raised in 1999, that the City had hired two local lawyers to do an analysis of whether the relationship with Daily & Woods was cost effective, and that the City would likely do the same thing this time in response to Ms. Weber’s request.

Now, not that I think Mr. Gosack won’t hire two or three completely objective attorneys to look into the matter thoroughly rather than rubber-stamping the current arrangement with Daily & Woods, but . . . just for grins, what say we undertake our own review of the situation?  After all, we have a lawyer and an accountant available here, plus a pretty strong track record of following the money and figuring out what’s what.

As an initial matter, if this sort of contractual relationship with a private law firm as city attorney is cost-effective, I think it is safe to assume that we would see it at least a few times outside of Fort Smith among, say, the 12 most populous cities in Arkansas.  So let’s start there:

Bentonville (pop 35,301) has a full-time city attorney.[foot]Technically, a full-time “staff attorney,” but functionally, it appears to be the same.[/foot]

Well, that’s interesting.  Of the 12 cities in Arkansas with populations greater than 30,000, only Fort Smith contracts out 100% of its legal work. Sure, some of these other cities — Jonesboro, especially — contract with private firms for specific cases/matters, but that is orders of magnitude different from having all of your municipal legal work billed to the city by the hour.[foot]If nothing else, it gives the city much more control over the cost of litigation and leaves an incentive for the hired firm not to overbill if they wish to be considered for a contract in the future.[/foot]

Just on its face, this fact has to raise some serious questions.  Again, if this arrangement was a good deal for a city, don’t you think that more than just one of them would be doing it?  I’m sure there are law firms in each of these cities who would love the kind of arrangement that Daily & Woods has with Fort Smith, but none of the other cities are giving out such contracts.  So, we’ll call that flag number one.

A second flag is the mathematics of the whole arrangement.  Referring to the 1999 study, the Times-Record article stated:

“The hourly rates charged to the city appear to be less than the average rates charged in the Fort Smith area by lawyers with similar qualifications and experience,” their report stated.

Also compared were Fort Smith’s costs for legal services against Arkansas cities with in-house counsel. A chart highlighting per capita costs showed that in 1998, Little Rock was $5.99, Fayetteville was $9.92, Jonesboro was $2.92 and Fort Smith was $5.37.

Last things first, whether the hourly rate is lower than other attorneys in the city would charge is wholly irrelevant where, as here, the number of hours appears to be artificially inflated to a level that more than makes up for the lower rate.  Conversely, if Daily & Woods (or any firm) was charging a city $300 per hour, but was also rapidly and efficiently resolving legal matters, the higher hourly rate would not, in and of itself, mean that the arrangement was not cost-effective.  (Point being, if the 2014 report on this topic winds up parroting a line about the lower hourly rate, just know that the person doing the review is either being disingenuous or he fails to grasp some very basic math/accounting/economics concepts.)

More to the point, two things jump out about the list of per capita legal costs in that article.

1. Without the raw data and the full list of legal spending by at least the top 6 or 8 cities in the state, the list lacks sufficient context to let us draw much in the way of conclusions.  If there was some reason that Fayetteville had artificially high legal bills in 1999 that they would not normally have had, the $9.92/person bill could be grossly misleading.  After all, you’re talking about a city that, in the 2000 census, had 58,047 people; one $200,000 settlement in that year would bump the per capita legal spending up almost $3.45.  So, yeah, we need to see the raw data to really know if the conclusions are supported by the evidence.

2. The implication seems to be that, because Fort Smith’s per capita cost was similar to Little Rock’s, then the cost is necessarily acceptable.  This makes no sense.  Little Rock has roughly 2.5 times the population of Fort Smith.  It has a larger economy, larger territory, and generally higher salaries for municipal employment.  (For instance, the Chief of the Fort Smith PD makes about $93,000; the Chief of the LRPD makes $140,000.)  Fort Smith is closer in size, pay, and economy to Fayetteville, Springdale, Jonesboro, and North Little Rock than it is to Little Rock, so why should the people of Fort Smith accept that the legal fees per capita will be the same in Fort Smith as Little Rock?

Obviously, this is just the initial entry in this analysis.  Up next, we’ll get into why billable hours are almost always going to be incompatible with what a larger municipality needs from its legal counsel.  Additionally, I’ve started tracking down the actual legal spending by each of the cities on the list above, which we should hopefully have before the end of the week so that we can do some actual breakdowns of the various costs that each municipality incurs.

As a final matter, I note that Mr. Gosack said that Jerry Canfield of Daily & Woods is performing a review of Daily & Woods bills.  While I look forward to sending a FOIA request for Mr. Canfield’s report and seeing just how such a review was done, I’m not holding my breath that Daily & Woods is going to find anything wrong with Daily & Woods’ billing, despite documentary evidence to the contrary.

In fact, given their block-billing approach, it’s damn near impossible that they could find much of anything wrong, even if they wanted to.