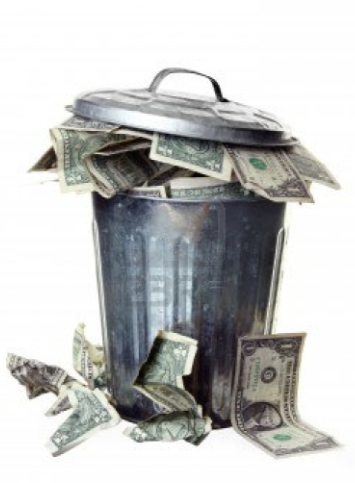 As far as my political ideology, I suppose I’m somewhat ambiguous, lying in some sort of moderate/libertarian limbo. I am neither blue, nor a hog, and seeing as there was not a “Purple Wolf Report” anywhere, Mr Campbell’s blog seems like a suitable home for the findings I submit to you.

In full disclosure, I am a registered lobbyist in the State of Arkansas and without a doubt, those refuting my stance on the issue will use my title to discredit both my argument and findings. It is a title that I wear with great pride. I take my role in the policy process very seriously and with the great responsibility to be truthful, honest and ethical in my role as an advocate. My client list, expense reports and all activity can easily be found via the Arkansas Secretary of State Website. I’m proud of my profession, the industry (which is filled with honorable, honest, brilliant people) and the work I’ve done on behalf of the hard working Arkansans who employ me to give them a voice at the State Capitol.

I am adamantly opposed to term limits. I believe that it is a constitutional right for the electorate to choose whomever they want to represent them. Unfortunately, in 1992, Arkansans approved a ballot initiative to enact term limits in our State by 60%, most at the time believing they would get rid of several notable career politicians in Washington. What most Arkansans didn’t fully realize is that they already had term limits; they are called elections.

I’ve seen legislators come and go. Some should have been allowed to stick around longer. Some were rightfully sent home early. It seems that just when folks learn where all of the bathrooms are located at the Capitol, it is time for them to leave. Term limits place institutional knowledge (which equates to power) in the hands of lobbyists such as myself and State agency heads. As the learning curve is long, I dare say that after my seven years of lobbying, I’m as knowledgeable of the process as almost any legislator. Yes, seven years of lobbying would mean that I saw all third-term House members enter their freshman year. I am the ripe old age of 34.

However, term limits are a totally separate argument. I’m here to talk about a heavily cloaked, out of State group who caught my attention on the twittersphere earlier this week. I can still say “twittersphere” in 2014, right?

A tweet from the handle @ARTermLimits popped up on my feed with the boiler plate “tweet so and so and ask so and so why they did so and so and haven’t done such and such” type of tweet that we’ve all seen. Here, I’ve attached it for you. After looking further into their feed, I saw many other attacks against legislators.

Why yes, that’s a tweet attacking Senator Jason Rapert, my Senator from Faulkner County. I’m sure you’ve never seen a tweet attacking Jason Rapert and are as utterly shocked as I was. As lobbying is my profession, I don’t get fired up about many political issues but I find these types of tweets distasteful, especially when they come from an anonymous source who isn’t forthcoming in their motives behind their advocacy. Being the snarky cynic that I often am on twitter, I took the bait and responded. You can read the entire exchange if you like. All accounts are open.

But who is @ARTermLimits? They seek to “get the Arkansas anti-term limits amendment pulled from the Nov. 2014 ballot” that would allow “aspiring career politicians to spend 16 years in one seat”.

They couldn’t possibly be referring to HJR 1009, the bi-partisan “Ethics Bill” sponsored by Republican Senator Jon Woods and Democratic Representative Warwick Sabin. The same bill that would ban corporate and union gifts to political campaigns, ban most gifts to public officials, and would increase the minimum period between a legislator leaving office and them becoming a lobbyist. It does not do away with term limits; it changes it to 16 total years that a member may serve in either Chamber in the Arkansas State Legislature, instead of the traditional 3 two-year terms for House members and the possible 2 four-year terms (plus a two-year term should a Senator draw a two-year term after redistricting). Meaning, a legislator could serve 12 years in the house and four in the senate, or eight years in the house and eight in the senate. Or, well… you catch the gist of the proposed law.

I should hate that, right? I’m a lobbyist! But what if I really, really want to buy Secretary of State Mark Martin a Rolex? It would appear that I’ve missed my chance. And no corporate contributions? You mean I cant “make it rain” in the Capitol Cafeteria? I’m actually fine with it all. The main component of my job is to dispense education and knowledge, not money.

@ARTermLimits twitter bio includes a link, so I clicked it. Being somewhat familiar to the web, I did a query as to whom the domain was registered. I found that the registrant resides at 9900 Main Street, Suite 303 in Fairfax, Virginia. Here is where the fun starts. That just so happens to be the headquarters of a group called Americans for Limited Government. Americans for Limited Government is outlined by Wikipedia as a “politically conservative lobbying group and advocacy organization that describes itself as a non-partisan, nationwide network committed to advancing free-market reforms, private property rights and core American liberties. Its primary concerns are tax and spending reform, property rights restoration, school choice, limiting the size of government and political term limits.”

The founder of Americans for Limited Government is Howard Rich. Current and former board members include Eric O’Keefe, John Tillman, Ed Crane and Bill Wilson. Before we go any further, take a look at the following letter addressed from Americans For Growth Chairman Howard Rich that I located on the Daily Kos, a “liberal blog.” The letter claimed to have been received by several self described “liberal activists” in other states.

Are you getting scared yet? Note the address in the top right hand corner is the same address as the one registered to @ARTermLimits’ homepage.

So who is this Howard Rich guy?

According to his Wikipedia page, Howard or “Howie” is a Manhattan based real estate investor who is notable for funding libertarian-oriented political initiatives. He is described as one of the “lower profile moneymen in American politics”.

The entry reads: “Before 1983, Rich was active in the Libertarian Party and worked with Charles Koch to promote small-government and free market causes”. Howard Rich is also on the Board for the Club for Growth and is a director at the Cato Institute. During my back and forth with our new found friends at the home of Americans for Limited Government, they referred to me negatively as a lobbyist. Don’t worry, I’m pretty used to it and only cried for a little bit. I informed them that they too employed lobbyists.

To which they replied:

That’s odd, because according to the website opensecrets.org, an organization located at that same 9900 Main Street, Suite 303 in Fairfax, Virginia certainly does. In fact, they spent $60,000 alone this year to Aduston Consulting, a lobbying firm. Aduston represents a number of clients, including Microsoft and Reynolds American (the tobacco company). Opensecrets.org also says they spent $80,000 on lobbying in 2011 and another $80,000 in 2012. This would be like McDonalds saying “Our Chicken Nuggets don’t employ lobbyists”. I guess I can write them off as a potential client.

Lets look at Eric O’Keefe, another notable associated with Americans for Limited Government. He’s the co-founder, co-chairman and financial supporter of the Campaign for Primary Accountability. Its a Political Action Committee who seeks to “oust entrenched members of Congress in their primary races, regardless of their party”. According to his Wikipedia page, the Campaign for Primary Accountability has spent $500,000 in 2012 congressional primary elections. Wow, thats a lot of money being dumped into campaigns! O’Keefe is also the director for the Club for Growth Wisconsin, a group that spent one million dollars on TV ads to support Governor Scott Walker.

I’m beginning to think that it isnt the term limits portion of HJR 1009 that these folks have a problem with, its the campaign finance reform portion that would really cut in to some of these guys favorite hobbies of dumping massive amounts of money into political campaigns. As O’Keefe is listed as a “private investor”, one could imagine that money is something that is not in short supply for him.

Another notable Board Member of Americans for Limited Government, Ed Crane started the Cato Institute with the funding from Charles Koch and Murray Rothbard. Crane would then go on to serve as Communications Director to the Libertarian Party presidential ticket of Ed Clark and Charles Koch.

But @ARTermLimits is still a local group, right?

According to an October 22, 2013 article by the Arkansas News Bureau, this out of state “conservative” group began to attack staunch conservatives here in Arkansas for their vote in HJR 1009. United States Term Limits (webpage registered to the same 9900 Main Street location in Fairfax) President Philip Blumel (a financial planner who resides in Florida) said, “This is really just something the politicians have cooked up for themselves”. He went on to call four members of the Arkansas Legislature “Pledge Breakers”, singling out Representatives Bob Ballinger, Randy Alexander and Senators David Sanders and Gary Stubblefield, saying they previously pledged to never lengthen Arkansas’ term limits. Again its preposterous to say that HJR 1009 extends term limits, it simply modifies the flexibility of which Chamber you can serve the current allowable years during the exact same timeframe. I suppose in Representative Randy Alexander’s case, passing a bill allowing the sale of raw milk just simply isn’t libertarian enough.

Why would this libertarian organization be so quick to attack someone who is obviously a champion of libertarian and conservative causes? The argument that the Arkansas Term Limits organization and Americans for Limited Government make against term limits is a complete straw man fallacy. They want to outrage you against term limits so that they may defeat the parts of the Constitutional Referendum they don’t like; the part about taking away their ability to dump hundreds of thousands of dollars into Arkansas races to influence our elections and prohibiting their donors to take folks on “junkets”.

If the legislature itself is willing to give up the last remaining perks of a very grueling and often thankless job full of constant scrutiny and attacks on their person, family and business; why is it that an out of State special interest group would be so adamantly against it? Its very simple, it eliminates the only tool they posses to have access and influence over the political process – money.

After this was written, but before Matt was able to get it published, Max put up a story about this same group forming a local committee to steer their efforts in Arkansas.